After finding out we had a couple of rusty sleeves in the 759 it was time to do a partial strip down and fix the problem. 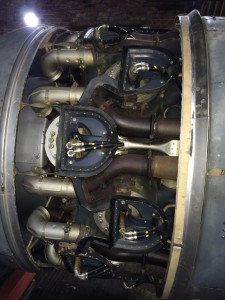 First job was to remove the center section of the nacelle, this was done in minutes as these are attached with quick release catches. 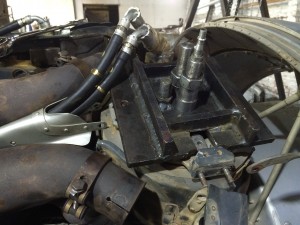 First we pulled off No.14 head as we knew that this was one of the affected cylinders. 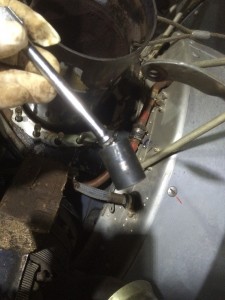 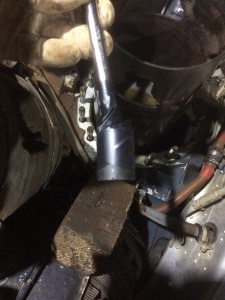 After we took the head of we removed the cylinder which came off easily, then we removed the two nuts securing the sleeve to the sleeve drive joint. Tip of the day tape on your socket so it cn not drop off into the bottom of the engine case. 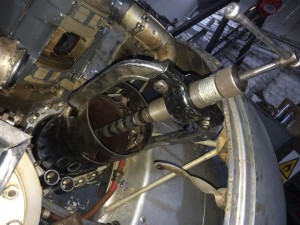 This is when we encountered our first problem, the sleeve was seized onto the piston , we managed to pull it up so far but we could not rotate the sleeve to get it lined up with the opening of the engine case. The engine was still seized , so we had to start removing more cylinders to allow the engine to turn enabling us to remove no. 14 sleeve. 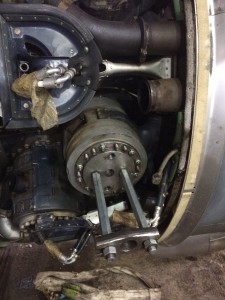 We realized that No.5 was also stuck so we started to remove that one. 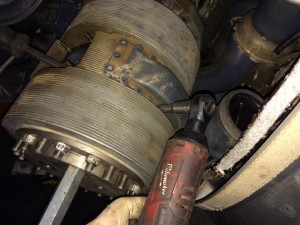 The problem we had here is that even though the cylinder was coming off quite easily, we could not turn it to clear the nacelle. So the induction belt was removed to give us clearance. 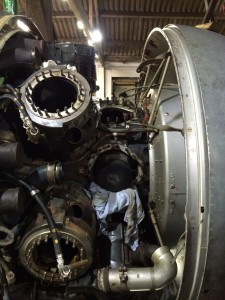 I the end we had to remove six cylinders before the engine would turn, besides No.14 and No. 5 sleeves being rusty , it was the fact that the oil had dried out between the sleeves and the cylinders on the upper cylinders. 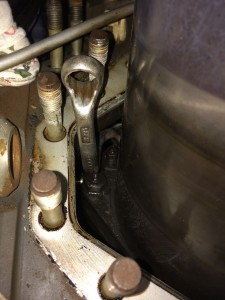 We had to make a very strange looking spanner to get one of the sleeves off. 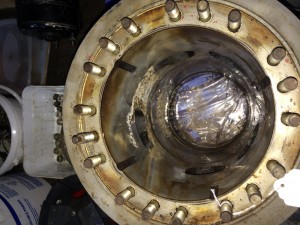 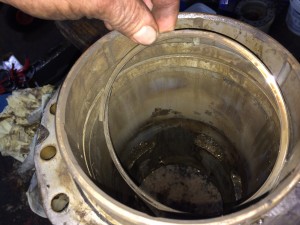 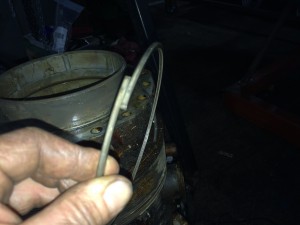 After cleaning all of the cylinders, one of the cylinder rings had to be replaced, we used one from a spare 264 cylinder, it was a bit fiddly but we got the ring replaced. As you can see in the upper picture the bit of surface corrosion build up on the cylinder, this did not take much effort to remove. 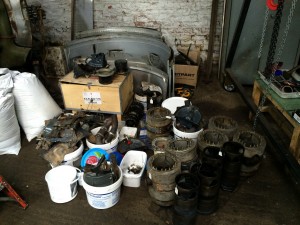 Considering we thought that the 759 was a quick fix, we had to take off a lot of parts, time for a beer I think. 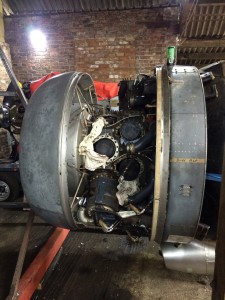