Last year we were asked to clean up a Rolls Royce Merlin from Halifax JB848 which crashed near Pocklington Airfield on the 29th March 1943 , all the crew were lost.

When we got the engine it was just a chunk of earth and stones, it took several sessions with a high powered steam cleaner to reveal the mighty Merlin. 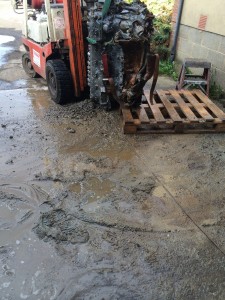 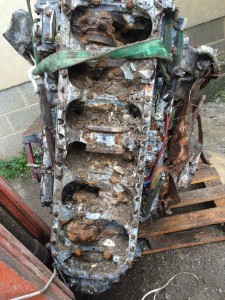 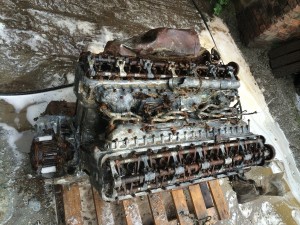 Once cleaned , Richard at RWS body works Thirsk kindly offered to lacquer the entire engine to seal it up and prevent any further corrosion. 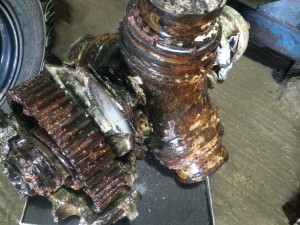 We then made a stainless steel stand for the engine and prop hub. 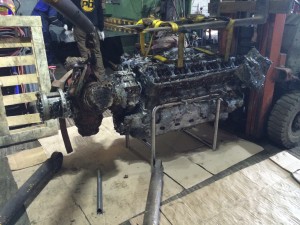 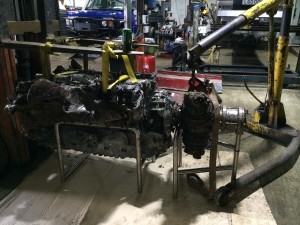 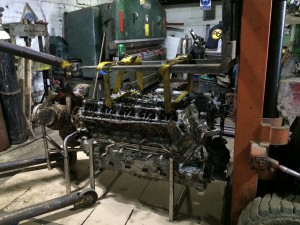 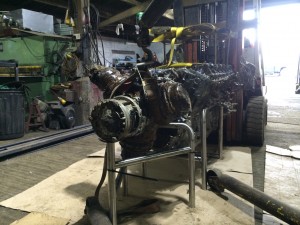 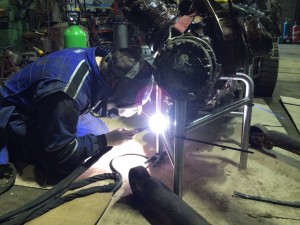 The engine is to be displayed only feet away from the crash site in a glass box. The engine will be on display ready for the 102 (Ceylon) Squadron Association Reunion at Pocklington on the 9th and 10th of May 2015.