There is a few items we are looking for.

The first thing we are looking for is propellers with hubs that can be cut down, if you know of any likely candidates please let us know. 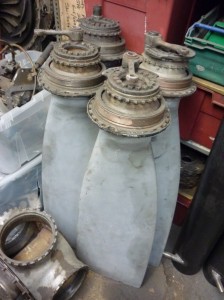 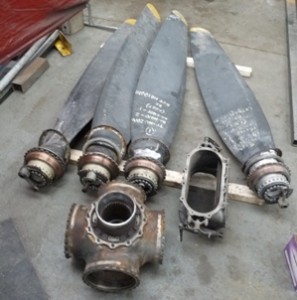 The 759 Hercules is ready to run just waiting for a prop!

Once we had a good look over the 264,after modifying an old spark plug socket we removed the spark plugs from No.4 and poked an endoscope camera down to see what the internal looked like. It was grim but ever the optimist we pressed on, We looked very closely at the problems that Terry Jones had at Aero Engines Carlisle when he tried to strip down a 230. so we changed tack a little and made a puller plate that sat on top of the cylinder head studs with two bolts tapped to suite the spark plug threads, one of them gun drilled so we could pressurize the cylinder if it is at TDC or there abouts.

Low and behold with a bang the head popped off. 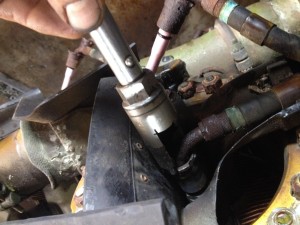 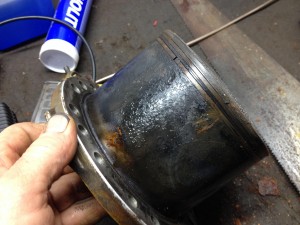 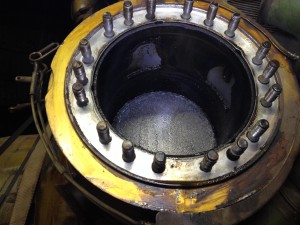 Next Job try and remove a cylinder!

After two years of searching we still couldn’t find suitable engines to restore. Pete was due to fly out of Gatwick and had a couple of hours to kill, so he decided to visit a nearby aero engine museum. There inside was a perfect Bristol Hercules, while chatting to one of the curators, Pete said he was interested in finding a engine to restore, He took Pete’s email address and left it at that. A couple of weeks late he got an email from him with a name that he said he might know where there is a couple of engines. When I saw the name I realized that I knew him, he was one of our customers! that I haven’t seen in ages. Two months later he called in to our workshop so I asked him did he know where there was a Bristol Hercules? he replied I know where there is two, clever Trevor has them and he was only seven miles away! How bizarre is that. So Pete and I trotted off to see clever Trevor and do a deal. 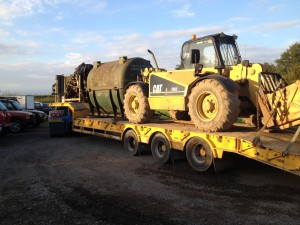 A pair of Bristols arrive! 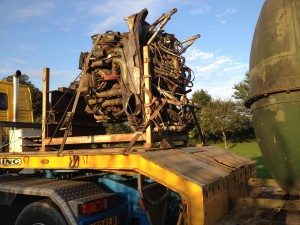 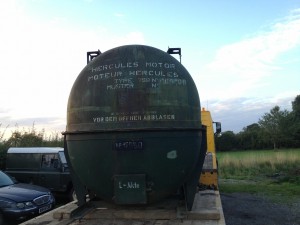 And our main sponsor was present 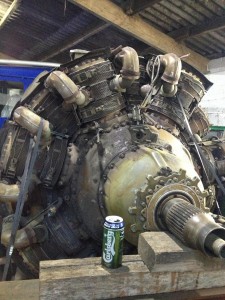