Now that the engine is vertical it was quite straight forward to remove the engine mount ring. 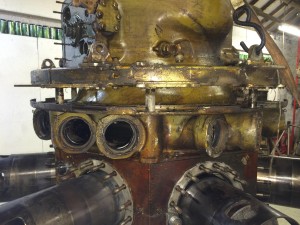 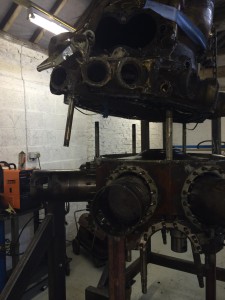 So in the end we lifted off the casing with that stud still seized in the casing, it will be easier to sort that out later on the floor. 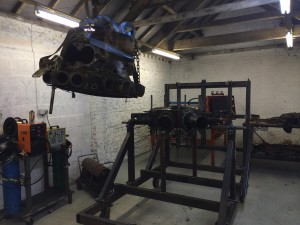 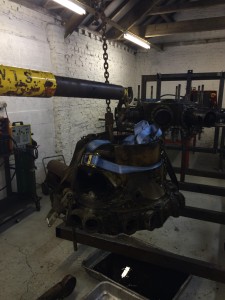 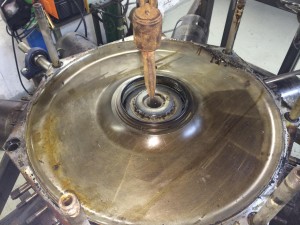 yet again the internals of the engine are in remarkable condition. 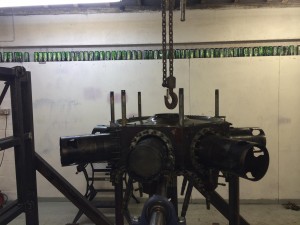